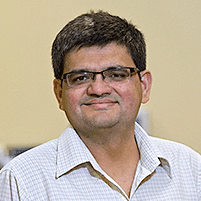 Chronic obstructive pulmonary disease (COPD) affects nearly 13% of all adults in the United States. The two primary types of COPD, emphysema and chronic bronchitis, can cause progressive lung disability when they go undiagnosed and untreated. Dr. Alkeshkumar Patel at Citrus Medical Clinic has extensive experience helping patients manage COPD and maintain optimal wellness. Please get early treatment to prevent COPD progression – call his office in Chandler or Safford, Arizona, or book an appointment online as soon as you notice signs of COPD.

COPD refers to several progressive inflammatory lung diseases that limit airflow in and out of your lungs. While air pollution and dust in the workplace may contribute to COPD, there are two primary causes:

Up to 75% of patients with COPD smoke cigarettes or used to smoke. Cigarette smoke causes inflammation that narrows your airways. It also damages the small structures that normally keep airways clean, allowing mucus and dust to build up. This leads to a chronic “smoker’s cough” and bronchitis.

AAT deficiency is an inherited disorder that can lead to emphysema.

What are the different types of COPD?

When air flows into your lungs, it enters through bronchial tubes that branch out into thousands of small, thin tubes called bronchioles. Bronchioles end in clusters of tiny air sacs.

Gas exchange takes place inside the air sacs. This is where oxygen transfers out of the lungs and into your bloodstream. It’s also where carbon dioxide leaves your blood so it can be eliminated when you exhale.

COPD is an umbrella term that includes:

What are the symptoms of COPD?

You may not experience symptoms until your COPD has caused significant lung damage. Then you may have episodes called exacerbations, which is when symptoms are worse than your usual daily symptoms. Exacerbations last at least a few days.

How is COPD treated?

Dr. Patel performs lung function tests to diagnose COPD. The primary type of test, spirometry, measures the amount of air you breathe in, how much you breathe out, and how quickly you can blow air out. The doctor may order a chest X-ray, CAT scan or an arterial blood gas test if necessary.

Dr. Patel may prescribe medications such as inhaled bronchodilators. He also actively manages COPD by recommending and monitoring other therapies you may need such as smoking cessation, oxygen therapy or pulmonary rehabilitation.